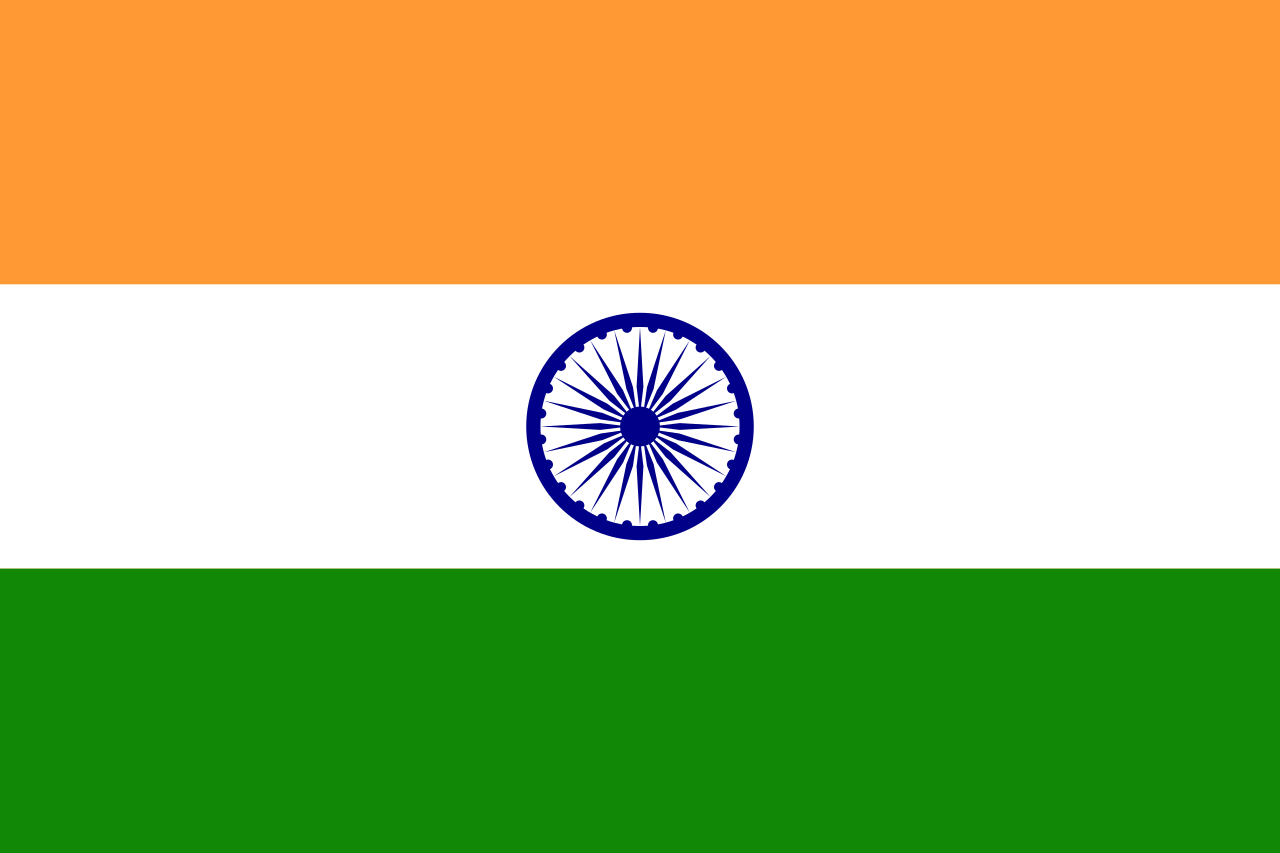 India has observed January 26 as Republic Day from 1950. India will mark its 74th Republic Day on January 26, 2023. Republic Day, also known as Gantantra Diwas, is celebrated throughout the nation in school, universities, as well as other private and public institutions to recognize the Constitution, which became effective on January 26, 1950.

During January 26, New Delhi, the nation's capital, celebrates the biggest Gantantra Diwas festival all along Rajpath or Kartavya Path. Annually this day, the Indian Army, Navy, and Air Force march in a spectacular parade.

What are Republic Day Tableau?

A tableau is a collection of mannequins or still individuals that depict a scenario from a tale or history. On Republic Day, states and other departments and ministries display their accomplishments in the form of cutting-edge technology and instruments, as well as their history and culture, in their separate tableaux. These tableaus are displayed during the Republic Day parade.

How Many Tableaux are Selected in Republic Day Parade in 2023?

As per the statement issued by the Ministry of Defense on January 22, there are - a total of 23 tableaux (Jhaankiyaan) selected for the Republic Day Parade this year. Out of these 23 Tableaux, 17 will be from the various States & Union Territories, and 6 will be from the various Ministries and Government Departments which will be demonstrated in the Republic Day parade on the Kartavya Path at Delhi.

According to the Ministry of Defence, "Twenty-three tableaux - 17 from States and Union Territories, and 6 from numerous Ministries/Departments - displaying the country's rich cultural heritage, economic growth, and powerful external and internal security will travel down the Kartavya Path during the Republic Day parade on January 26, 2023. These tableaus will depict India's cultural and geographical diversity.”

The name of the 17 Tableaux from the States and Union Territories which as selected for the R-Day 2023 parades are as follows:

The name of the 6 Tableaux from the Ministries and Government Departments which as selected for the R-Day 2023 parades are as follows:

Who is the Responsible for Management of the Republic Day Tableaux or Jhaankiyaan and Parade in India?

The Defense Ministry of India is in charge of organizing the Republic Day parade and all the other events regarding this. During September, it welcomes all states, UTs, Central Government agencies, and a few other constitutional bodies to take an active part in the parade via tableaux.

What are the Rules or Guidelines Set by Defense Ministry for Republic Day Tableaux (Jhaankiyaan)?

The Defense Ministry provides general criteria regarding what each tableau should or may feature which are as follows -
How does the Ministry of Defense Select the Republic Day Tableaux (Jhaankiyaan) of Any State?/ R-Day Tableaux Selection Process:

According to the Ministry, the Tableaux of union territories and states for the Republic Day parade were selected on a zonal basis, grouped under six zones: Northern Zone, Central Zone, Eastern Zone, Western Zone, Southern Zone, and North-Eastern Zone. Selection of R-Day Tableaux have the following procedure –

The First Stage in choosing the R-Day Tableau is to submit the Tableau's Sketches. This committee examines the proposals' presented drawings or designs and may offer suggestions for changes to the sketch or design. The sketch should be basic, bright, and easy to understand, with no irrelevant information. The drawings must be self-explanatory and not require any written explanation.

The Second Stage in choosing the R-Day Tableau is to go through the Music and Visuals carefully. A video clip of the dance should be included with the proposal. If a traditional dance is included in the tableau, it must be a folk dance, featuring traditional and genuine clothing and musical equipment.

The Third Stage in choosing the R-Day Tableau is Submitting the 3D Models of Tableau. Following approval, the participant's state must create three-dimensional replicas of respective proposals. The expert committee examines these again for ultimate selection, taking into account many factors.

The committee considers a number of aspects before reaching its final decision, including visual appeal, influence on the masses, idea/theme of the Tableaux, and amount of precision included.

What is the Size of the Tableau for R-Day?

Every participant State receives one tractor and one trailer from the Defense Ministry, and thus the tableau must fit upon that. Any kind of further tractor or trailer, or indeed any other vehicle, is prohibited by the ministry. The total number of vehicles must not exceed two.

The tractor must be disguised to match the concept of the tableau, and as per the defense ministry's instruction, a six-foot space between the tractor and the trailer for turning and maneuvering is a must. The tableaux shouldn't be longer than 45 feet, 14 feet broad, or higher than 16 feet from the ground.

Andhra Pradesh's Tableau 2023, with the theme of Sankranti Utsav named Prabalatirdham in Konaseema has got the opportunity.

Arunachal Pradesh’s Tableau 2023 for the Republic Day celebrations this year will feature the prospect of tourism in the northeastern state. It will feature the newly constructed Donyi Polo Airport, the Shingpho festival, and the 1962 War Memorial of Tawang.

Gujarat's Tableau 2023 will feature - Gujarat's Tableau has a girl in a Kutchi outfit clutching the'sun' in one hand and a 'paper wheel' in the other, signifying solar and wind energy. The tableau also includes Modhera, which is known for its Sun Temple and is India's first solar-powered hamlet. It will be accompanied by artists dressed in bright 'garba' costumes.

Haryana's Tableau 2023 will feature - The tableau depicts Lord Krishna operating as Arjuna's charioteer and preaching to him on the battlefield of Kurukshetra. The tableau's front section represents Lord Krishna in his 'Virat Swaroop' avatar as he stands before Arjuna.

Jammu & Kashmir's Tableau 2023 will feature - Jammu & Kashmir will highlight its recent tourism recovery with a depiction of the Amarnath cave shrine on its tableau.

Jharkhand's Tableau 2023 will feature - The symbolic architecture of the historical Baidyanath temple in Deoghar highlight the main tableau, with traditional Sohrai paintings - as discovered in caves in Jharkhand - represented on the side panels.

Karnataka’s Tableau 2023 will feature - The tableau highlights the accomplishments of three ladies who have garnered honour for Karnataka. The accomplishments of Sulagitti Narasamma, Vriksha Maate Tulsi Gowda Halakki, and Salumarada Timmakka have been highlighted as the theme 'Nari Shakti' for this years' tableau by the state.

Ladhakh's Tableau 2023 will feature - In the Republic Day tableau, Ladakh will highlight its cultural richness and historic places. Its back section has rock-cut Buddha figures based on Gandhara art from the 7th century near Kargil.

Uttar Pradesh's Tableau 2023 will feature - The tableau's side panels portray Ram Ki Paidi on the banks of the Saryu River near Ayodhya, where a large 'Deepotsav Dwar' has been constructed. There is also a sculpture of Maha Rishi Vasishtha.

West Bengal's Tableau 2023 will have a traditional Durga idol with those of goddesses Lakshmi and Saraswati and gods Kartikeya and Ganesh (worshipped as her progeny). Goddess Durga is the symbol of women's empowerment.

Past Tableaux Winners of the Republic Day’s Parade:

Tripura's tableau, that displayed eco-friendly practises for gaining self-reliance in socio-economic dimensions grabbed the second place while Uttarakhand got the third spot for their tableau on the topic of 'Dev Bhoomi - The Land of the Gods'.

Republic Day 2020 Tableau Winner: Assam's Tableau won the first prize. The theme for the tableau was - 'Land of Unique Craftsmanship and Culture.

Odisha and Uttar Pradesh shared second-best tableaux prize. The tableau of Odisha portrayed the Rukuna Rath Yatra of Lord Lingaraj whereas the tableau of UP was based on the topic of 'Sarva Dharma Sama Bhav'. There was no winner in the third spot.