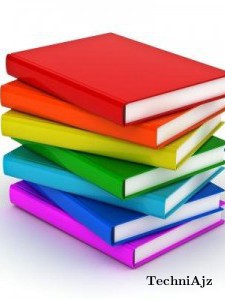 About the Book The Therapeutic Pocket Book (For Homeopathic Physicians, to be Used at the Bedside of the Patient, and in Studying the Materia Medica Pura) by Clemens von Boenninghausen, was first published in 1846. T. F. Allen's translation came out in 1891.This opus is the quintessential Boenninghausen, presenting his ideas in their most effective manner. He used 5 grades to differentiate symptoms in this repertory, from 'doubtful' to 'proving symptoms repeatedly verified'. Though extensively used by some of our most gifted practitioners-Lippe, Case, etc., others such as Kent disparaged its value.In his Preface Boenninghausen says, "There is no doubt that a diligent and comprehensive study of the pure materia medica cannot be thoroughly accomplished by the use of any repertory whatever."At the same time he recognized the need for a reference that contained the characteristic symptoms. Thus permitting the busy practitioner to select from the remedies generally indicated the one most homeopathically suitable, without too great a loss of time.He felt that other repertories were incomplete due to the listing of partially complete symptoms. Body parts listed without sensation, omitted aggravations and ameliorations, the absence of concomitants, etc. Boenninghausen felt that the older repertories scattered symptoms among different rubrics making the comprehension of the totality difficult.To remedy these identified defects he gathers together all the affected localities, all the sensations, all the aggravations and ameliorations, all the concomitants, each fitting into its own place in the case. This process creates the totality of the symptom ultimately ending with the selection of the appropriate remedy.About the Author Eminent US homoeopath, born in Westminster, Vermont. Son of a physician. Also renowned as an organist and composer. Ran his homoeopathic practice in Brooklyn, New York. In 1867 he became professor of Anatomy at the New York Homoeopathic Medical College. Four years later [1871] he was appointed professor of Therapeutics and Materia Medica. He was also Director of a Homoeopathic Insane Asylum in Middletown, New York, which for decades was a centre for the research and treatment of mental disease according to scientific homoeopathic principles. -Reprinted from The Concordant Materia Medica by Frans Vermeulen; Merlijn Publishers, Duinoordstraat 78, 2023 WE Haarlem, The Netherlands. Taught materia medica and therapeutics at New York Homeopathic Medical College and was Dean of the College for some 11 years (1882-1893). Co-editor of US Medical and Surgical Journal 1867-70; NY Journal of Homeopathy 1873-74. Graduated Amherst College and NYU Medical 1861. Director of New York Botanical Gardens. Compiled the massive Encyclopedia of Pure Materia Medica, 12 Volumes, and wrote a number of other books as well. He had a son Paul Allen who graduated from New York Medical College in 1889. He taught materia medica at his alma mater. He was an active force in New York homeopathy for more than 40 years.