Apple's new M2 processor (Chipset) can be configured with up to a 10-core GPU and an 8-core CPU. That's an upgrade above the original M1, which had an 8-core CPU and an 8-core GPU. Though it can't compete with the M1 Pro and M1 Max CPUs, which have 8 to 10 CPU cores and 16 to 32 GPU cores. Apple claims, however, that the M2 chip can perform up to 18% better in multi-core than the M1. 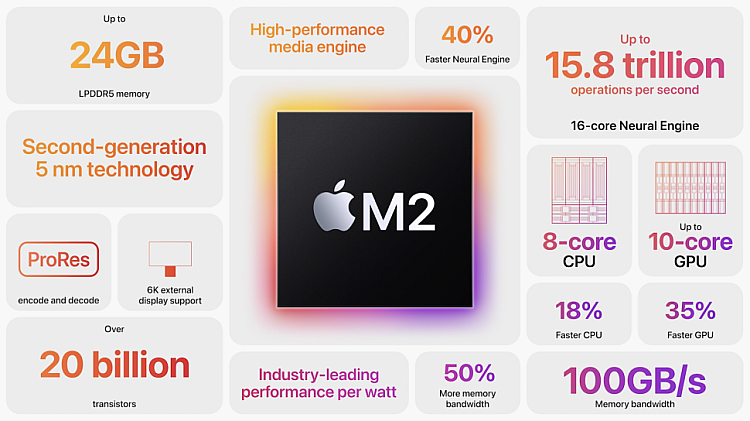 That would be a significant boost in performance and power efficiency, confirming Apple's claim that the M2-powered 13-inch MacBook Pro 2022 can play videos for up to 20 hours on a single charge. The M2 also features a new media engine that should be capable of decoding up to 8K HVEC and H.264 video, as well as supporting multiple ProRes streams in 4K and 8K playback. 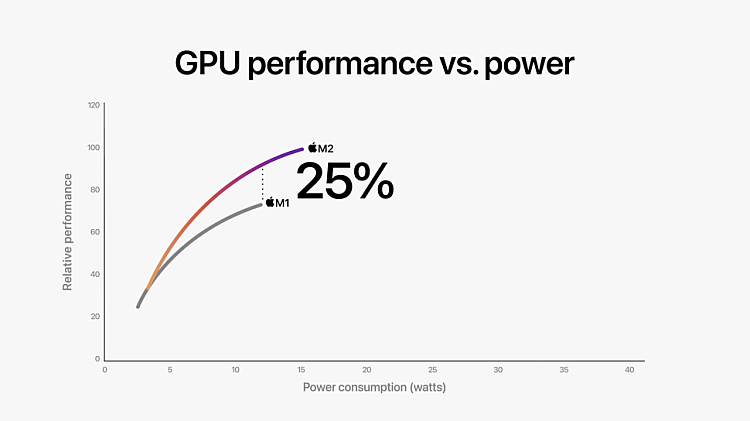 Apple also claims that the image signal processor (or ISP) in the M2 chip is substantially better than that in the M1, so it should be able to help you appear your best on video chats.

The fact that Apple has finally launched a replacement to the industry-shaking M1 chip from 2020 is thrilling, especially if you've been eyeing a new 13-inch MacBook. The M2 chip appears to be a mid-tier Apple chip that will exceed its M1 predecessor without reaching the heights of the M1 Max. To be sure, we'll have to try one out for ourselves, and we're looking forward to doing so later this summer.