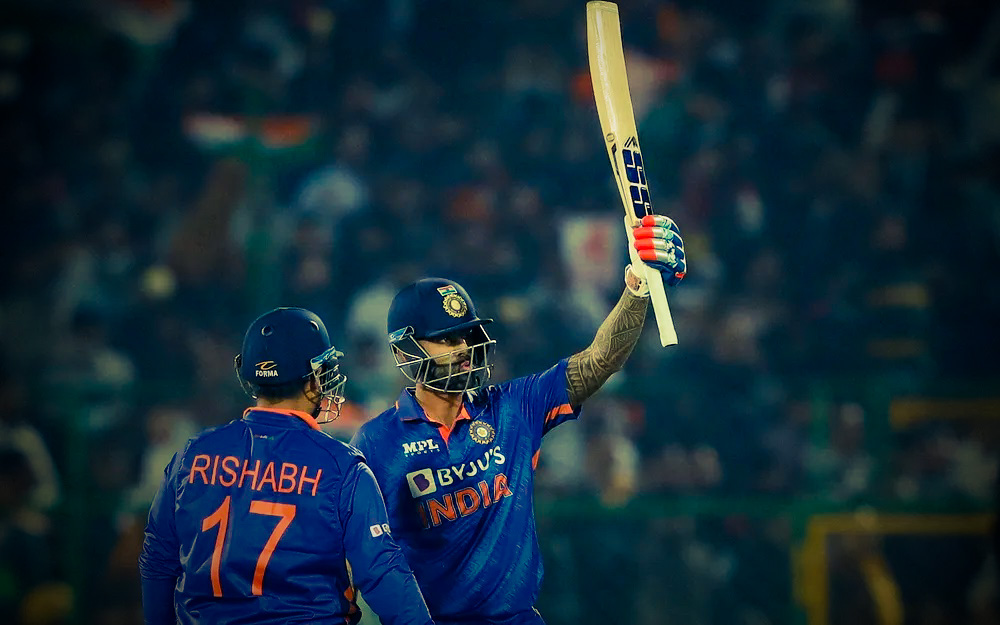 On Wednesday, India nearly lost their way before winning by five wickets against New Zealand in the first T20I. India routed the 165-run chase, completing the task at the last minute. Daryl Mitchell, a part-time medium-pacer, bowled the final over, which left the home team needing 10 runs. On his debut in a T20I, Venkatesh Iyer hit Mitchell for a four but was dismissed immediately thereafter. The final blow for New Zealand came from Rishabh Pant's heave over mid-off. In spite of some tense moments, new captain Rohit Sharma and new coach Rahul Dravid managed to win.

A little while ago, India was cruising, needing only 23 runs from four overs. In his first match after Virat Kohli stepped down as captain, Rohit Sharma was outstanding, scoring 48 off 36 balls to lead India to victory. At every turn, Suryakumar Yadav (62) did his best to match his experienced partner's performance. Tim Southee bowled the third over to Rohit and he blasted two fours through the offside. A couple of effortless pulls for huge sixes were brought in by opening his hips. After launching a slower bouncer from Trent Boult, he was dismissed.

Despite the flurry of attacks from Suryakumar, the pacer Lockie Ferguson even snaffled a length ball over fine-leg and went into the stands. Martin Guptill (70) and Mark Chapman (63), who put together a 109-run partnership, gave New Zealand a respectable total earlier in the day. Bhuvneshwar Kumar struck a perfect inswinger to knock out opener Daryl Mitchell in the very first over of the match. Initially, Guptill and Chapman rotated their strikes, hitting boundaries occasionally. New Zealander Chapman, who wasn't given a chance to play during the ICC T20 World Cup, made his first fifty in T20Is count for his country.

As a result of a flighted delivery from Ravichandran Ashwin in the 14th over, Chapman was unable to stay on top. Glenn Phillips was removed in the same over for a duck by Ashwin. In the course of the innings, he accelerated when the pacers came into play. New Zealand was on the verge of a large score when Guptill ripped Mohammed Siraj, Bhuvneshwar, and Deepak Chahar for sixes each. In recognition of the wicket's importance, Chahar gave Guptill a stern farewell. It is no longer possible for the Kiwis to record a score of 200 or higher without Guptill. It was difficult for Tim Seifert, Rachin Ravindra, and Mitchell Santner to hit the big hits. Bhuvneshwar gave away only five runs in the 19th over, followed by a similar performance from Siraj in the final over. Iyer did not get a chance to bowl on his debut in a T20I.