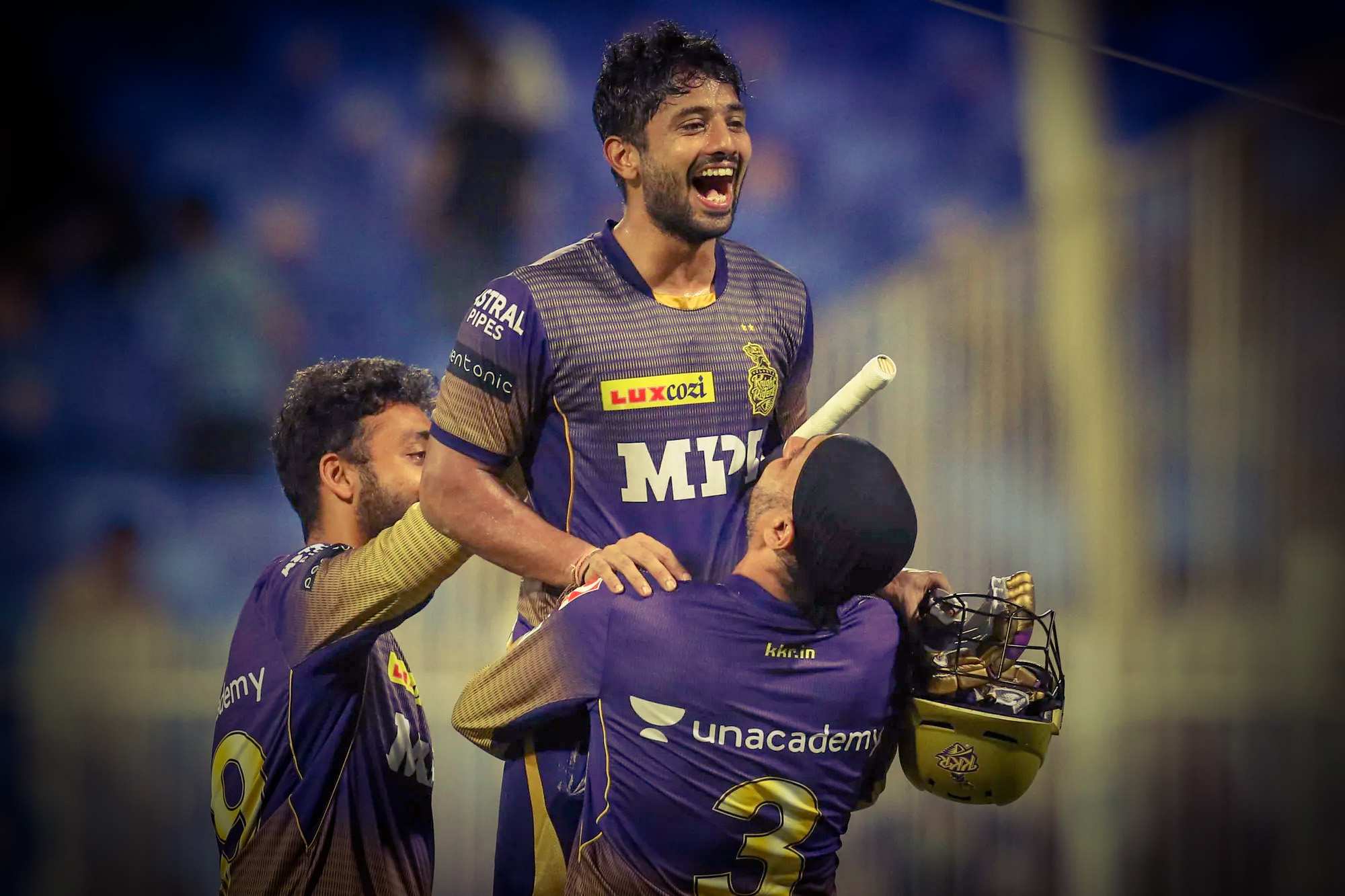 On Wednesday, the pendulum swung dramatically as things neared the end of the match, but the Kolkata Knight Riders (KKR) held their nerve to beat the Delhi Capitals (DC) in IPL 2021 Qualifier 2. On Friday in Dubai, KKR and the MS Dhoni-led Chennai Super Kings will face off in the final. Shubman Gill and Venkatesh Iyer got KKR off to a fast start, as they needed 136 runs to win. In the end, the pair scored 51/0 for KKR, cashed in on all scoring opportunities. KKR reached 76/0 on the halfway mark as both players continued to pile runs on top of the solid start. Later, Iyer scored his third fifty of the season.

Iyer was eventually caught in the next over by DC as he and Gill were approaching the 100-run mark. At the end of the 18th over, DC took three wickets, conceding just three runs as KKR went from 123/1 to 126/4 – an over in which Kagiso Rabada also took a wicket and conceded just one run. The final over of the match was bowled by Anrich Nortje, helping DC get the maximum 7 runs from KKR. The last over saw Ashwin take two wickets, dismissing Shakib Al Hasan and Sunil Narine - in the first four balls. To help KKR advance to the final, Rahul Tripathi hit a maximum with 6 runs needed from the last two balls. KKR, who chose to bowl, stayed unchanged while DC announced Marcus Stoinis would replace Tom Curran.

In the first over, Shakib Al Hasan conceded a run, while Lockie Ferguson conceded only four runs. As DC scored 12, Prithvi Shaw cracked two sixes and a four in the third over against Shakib. After four overs, DC moved to 32/0 after Shikhar Dhawan hit two maximums in Sunil Narine's first over. After Varun Chakaravarthy entered the attack, KKR set the table for a win when he dismissed Shaw. In the eighth over, Stoinis replaced Shaw and led DC past fifty with Dhawan. Shivam Mavi disturbed the timber in the 12th over to throw out Stoinis. KKR, however, maintained a tight line and were rewarded with the second wicket.

A fine catch by Shakib dismissed Dhawan for 36 in Chakravarthy's third over. Chakaravarthy picked up his second wicket in three overs. The 16th over was the turning point as Ferguson removed DC skipper Rishabh Pant with a superb catch by Rahul Tripathi. Chakaravarthy overstepped with a slight margin of error in the next over, giving Shimon Hetmyer a life. The left-hander capitalized on it by hitting two sixes in the next over. DC reached 135/5 after Iyer, who took an unbeaten 30 with a last-ball six, was run-out in the penultimate over.