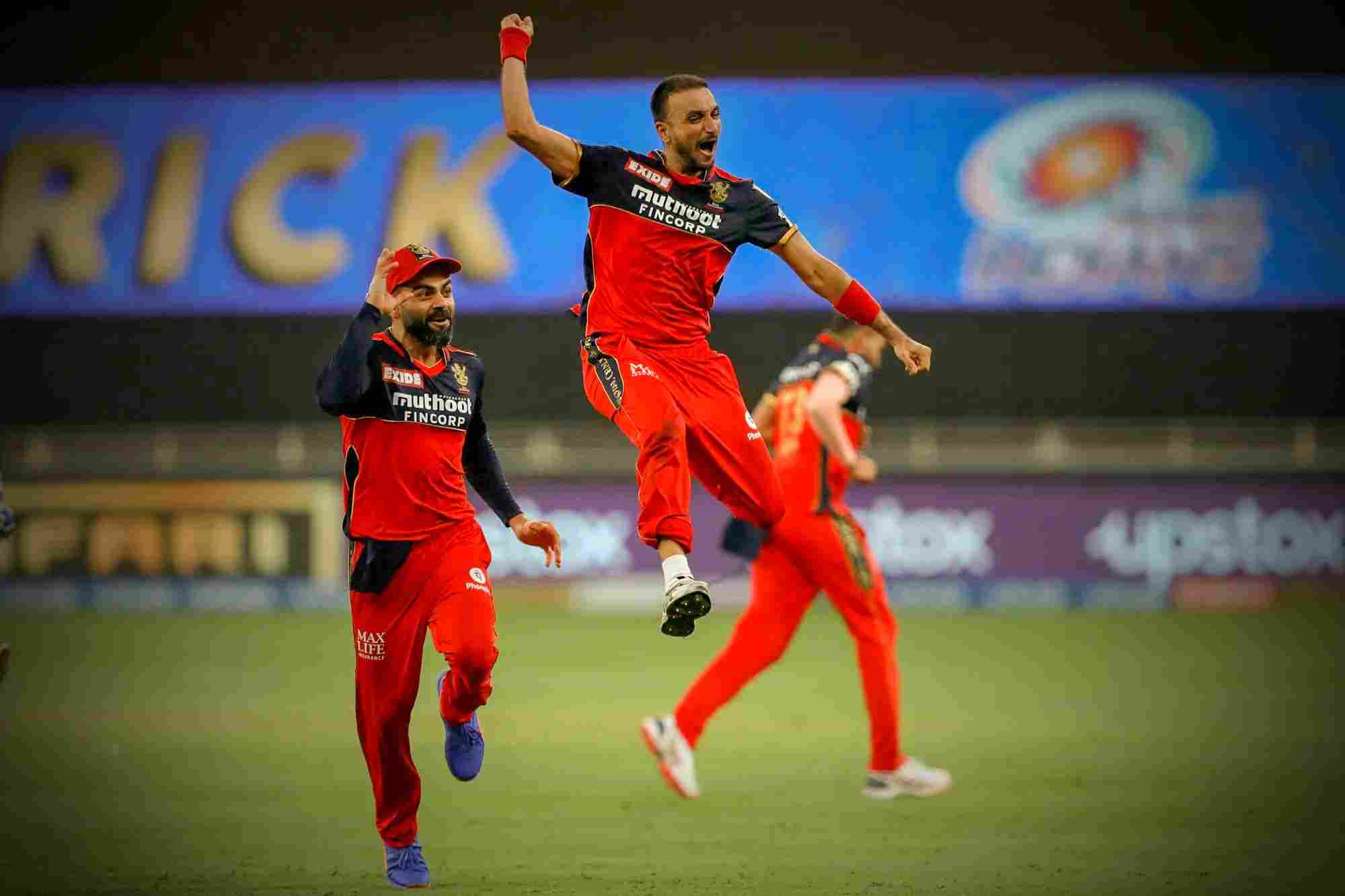 Match 39 of the VIVO Indian Premier League (IPL) 2021 in Dubai was headlined by Harshal Patel's sensational hat-trick and Glenn Maxwell's dominance throughout. When MI needed 166 runs to win, they watchfully scored 10 runs in the first two overs, but Rohit Sharma then changed gears in the third over and crushed three fours off Kyle Jamieson. Quintin de Kock joined the party by hitting three fours in the next two overs, and Rohit Sharma hit another two as MI overtook fifty after five overs. RCB turned things around after the powerplay as Yuzvendra Chahal dismissed Quinton de Kock following a stellar diving catch by Maxwell. Despite being hit on the hand by Ishan Kishan's explosive drive during his previous over, Rohit holed out following 43-run innings. Maxwell removed Rohit after scoring 43.

With Chahal and Maxwell each taking one wicket, RCB continued to chip away. In contrast, Chahal prevailed over Kishan, and Maxwell disrupted the proceedings by dismissing Krunal Pandya. Then Mohammed Siraj dismisses Suryakumar Yadav, MI lose their fifth wicket. A spectacular hat-trick from Harshal closed out MI's innings. First, he dismissed Hardik as captain Kohli took the catch, then he trapped Kieron Pollard before the stumps, and then he finished off the hat trick by dismissing Rahul Chahar before the wickets. After Chahal removed Jasprit Bumrah, Harshal destroyed Adam Milne for the RCB win. The RCB made three changes to their sides before being put in to bat, with Shahbaz Ahmed, Daniel Christian, and Kyle Jamieson being included. While Hardik Pandya took Saurabh Tiwary's place in MI's playing XI, Hardik Pandya returned to the MI playing XI.

Despite all his efforts, Rahul Chahar couldn't hold onto a difficult chance for Virat Kohli and got an early reprieve. MI got off to a good start with Bumrah dismissing Devdutt Padikkal in the second over while Kohli survived. The next over, Kohli and KS Bharat reached 16 runs off 4 balls by hitting Bumrah for two fours and a six. After six overs, RCB had reached 48/1 after Kohli struck for a four and a six off Adam Milne. Over the next overs, the pair scored fifty runs together. The partnership was broken by MI in the ninth over when Rahul Chahar dismissed Bharat for 32. Maxwell hammered his first six off a switch-hit off Krunal, which came after MI bowled two tight overs. Following his innings, RCB reached 117/2 at the end of the 14th over with a four and a six from the big show.

In the 15th over of the innings, Kohli hit his second consecutive fifty of the season. Adam Milne picked up his first wicket of the match in the next over to dismiss the RCB skipper. After the collapse of Kohli, de Villiers stepped in alongside Maxwell in the middle and wasted no time in striking big. Sixes and fours came off Bumrah's 17th over. Then Maxwell went after Milne, who bowled the 18th over with sixes and fours that brought him up to 50 off 33 balls. Using the bowling of Jasprit Bumrah, Mumbai Indians reduced RCB to 165/6 as he dismissed Maxwell and ABD in the penultimate over, surrendering only six runs.