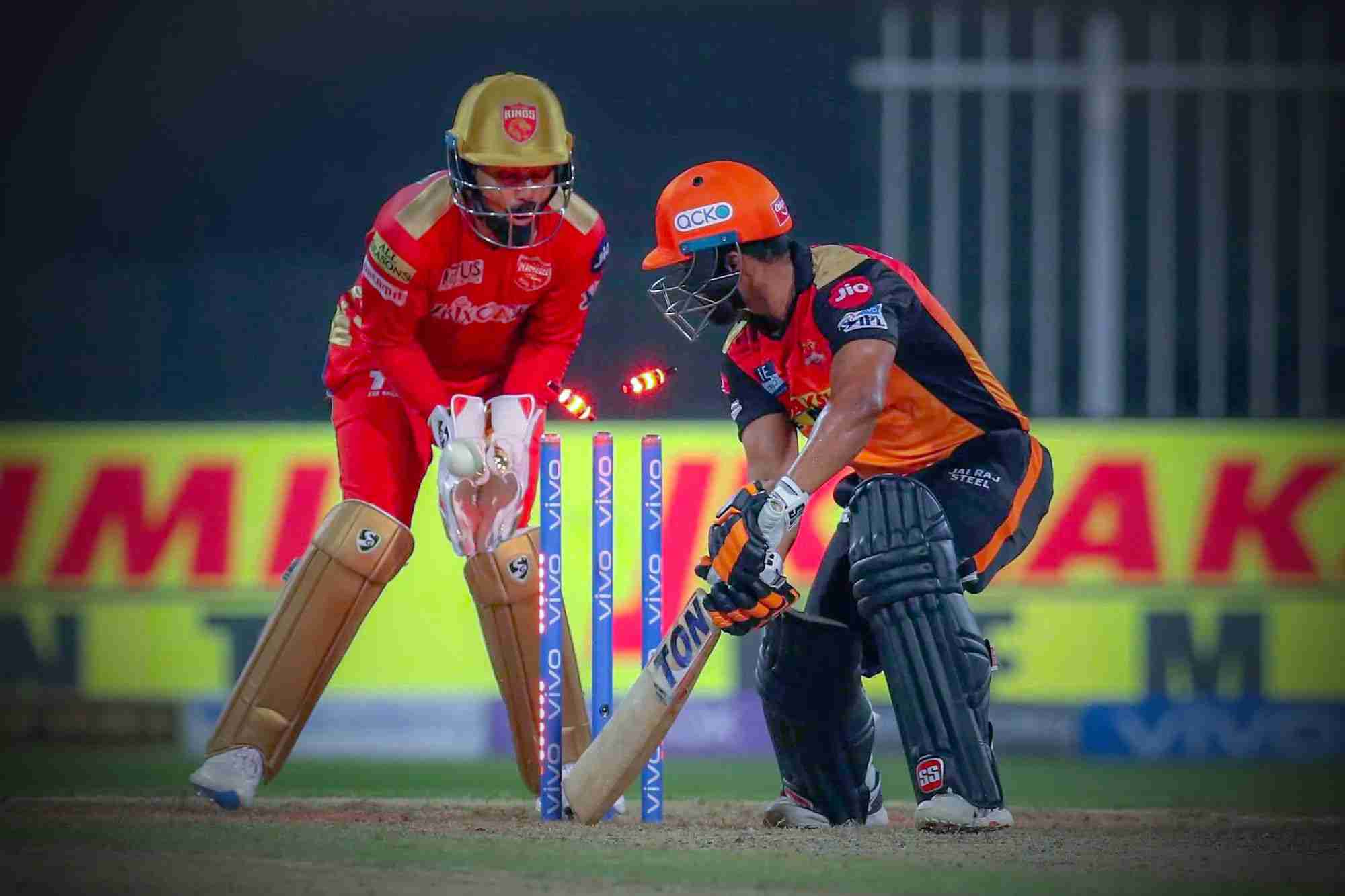 Bishnoi picked up his first wicket as he got out Manish Pandey after five overs. In addition to the 24 runs posted by Saha and Jadhav, Bishnoi's double-wicket over brought SRH to 60/5. After Holder walked out, he immediately attacked PBKS's bowlers, adding 32 runs to his stand with Saha before Saha was run-out in the 17th over. In the last two overs, SRH needed 21 runs, and in that 19th over, Arshdeep Singh conceded just four runs as he upped the ante. Holder continued to put up a fight as SRH reached a century.

Even though Holder smashed sixes in the final over, Nathan Ellis prevented Bhuvneshwar and Holder from scoring big runs as PBKS cruised to victory in a thrilling match. A relatively unchanged SRH chose to face an unchanged PBKS, who had three changes to their team - Chris Gayle, Bishnoi and Ellis. In their fifth over, Holder struck with a new ball to help SRH dismiss Mayank Agarwal and KL Rahul.

Aiden Markram and Gayle continue to add run-scoring until the left-hander is run out by Rashid Khan. During the 12th over, Sandeep Sharma struck to get rid of Nicholas Pooran. The South African collapsed for 27 runs off Abdul Samad as Markram and Deepak Hooda brought PBKS closer to a 90-run total. As Holder picked his third wicket of the day, Hooda was run out in the 16th over by substitute J Suchith. With their contributions, Harpreet Brar and Ellis helped PBKS post a score of 125/7.