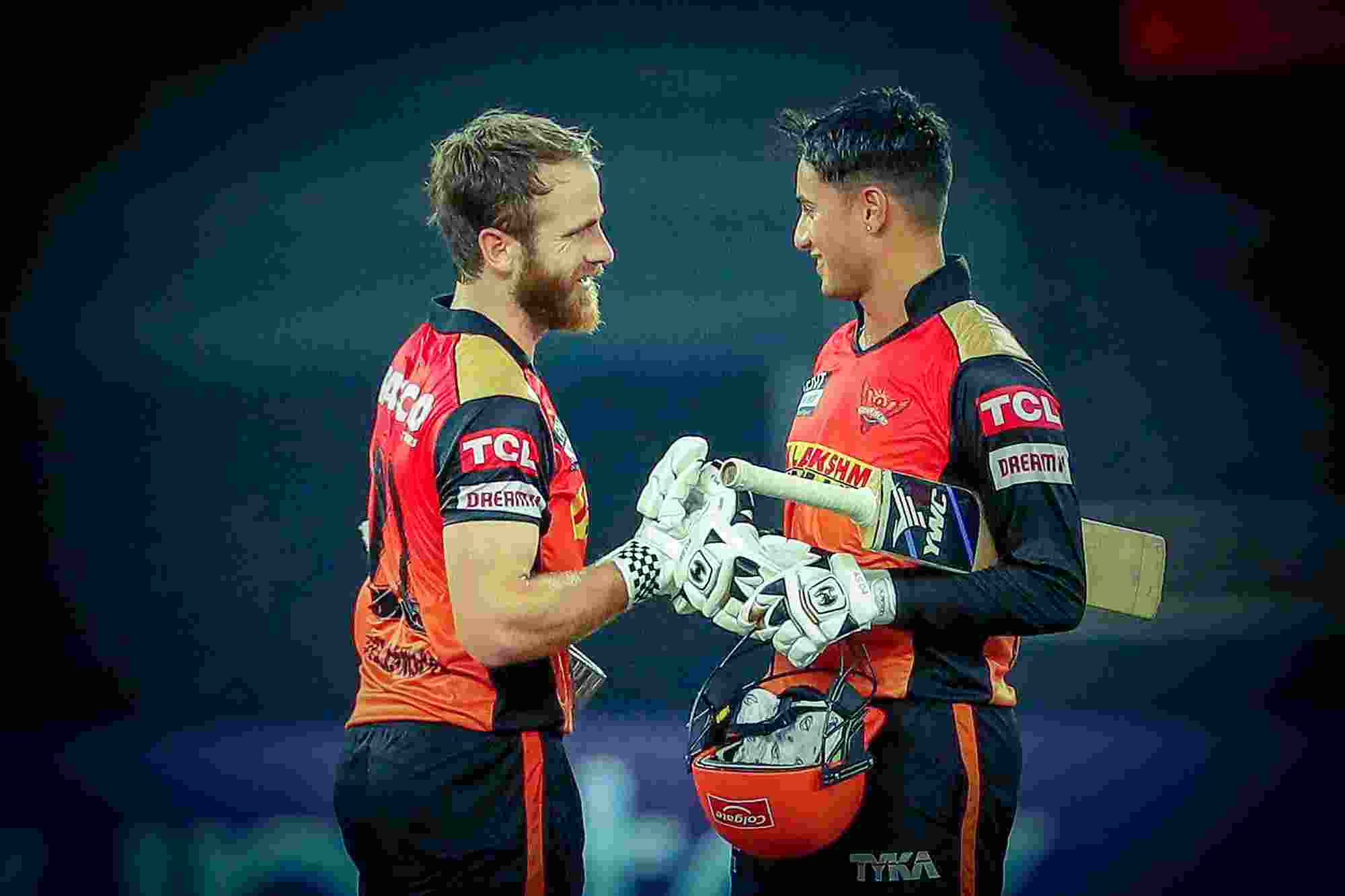 In Match 40 of the VIVO Indian Premier League (IPL) 2021 in Dubai on Monday, Sunrisers Hyderabad (SRH) defeated Rajasthan Royals (RR) by seven wickets. As SRH chased down the target in 18.3 overs, Jason Roy (his first SRH appearance), and Kane Williamson stood out at the crease. In need of 165 runs to win, SRH got off to a fast start thanks to Wriddhiman Saha and Jason Roy. During the first two overs, they scored 14 runs. First, Saha hit sixes and fours off Jaydev Unadkat in the third over, followed by a 13-run surrender from Mustafizur Rahman in the next over.

The pair then put on fifty runs in the fifth over when Roy hit four fours off Chris Morris. After Saha was stumped by Mahipal Lomror in the final over of the powerplay, RR managed to break the ominous-looking opening stand. SRH reached 90/1 after 10 overs thanks to Williamson and Roy's partnership. " Roy then struck six sixes and three fours in the 11th over to complete his fifty on SRH debut and push the score to 111/1. As Chetan Sakariya dismissed Roy for 60, Priyam Garg fell to Mustafizur’s superb catch on his own bowling.

The SRH chase was led by Williamson, while Sharma anchored SRH's response. The SRH skipper scored an unbeaten 51 as he and Sharma, who scored 21*, took SRH home. Prior to the match, the Royals, who elected to bat, changed three players, replacing injured Kartik Tyagi, David Miller and Tabraiz Shamsi with Jaydev Unadkat and Evin Lewis. For SRH, four changes were made with Roy becoming the first player to make his SRH debut, Garg, Sharma and Kaul coming in to replace Warner, Pandey, Jadhav and an injured Khaleel Ahmed. In their first over, RR lost their first wicket to Bhuvneshwar Kumar, who dismissed Evin Lewis with his first ball. Soon after the powerplay, RR moved past fifty thanks to a fine partnership between the captain and Yashasvi Jaiswal.

With the score at fifty runs, the pair posted a score of seventeen in the ninth over. SRH then broke the partnership by dismissing Samson for 36 runs with Sandeep Sharma. Liam Livingstone was bowled in the 11th over by Rashid Khan for another RR wicket in succession. RR passed 100 in the 14th over when Samson smashed a six to move closer to a half-century with Mahipal Lomror. The pair added 84 runs together before RR reached 150 in the 15th over. He then went after Kaul, smashing fours and two sixes in the next over to cross the 50-run mark, reach 400 runs in this edition of the IPL, and reach 3000 runs across the tournament. In the final overs, RR raced past 150 but SRH rallied in the last two. As SRH limited RR to 164/6, Kumar bowled a seven-run penultimate over, followed by Kaul bowling a four-run final over, dismissing Samson for 82 and Parag for 44, conceding just seven runs.